How to Plan a Toy Story Party

A Toy Story birthday party is a great idea for a birthday celebration for kids of all ages! Depending on whether your child is more of a Woody or Buzz Lightyear fan, you can coordinate your party’s atmosphere to be something out of a Western or to be something fit for a Space Ranger. If your child loves both characters, do a full Toy Story party with all characters and decorations! Find the perfect digital Toy Story invitation here. 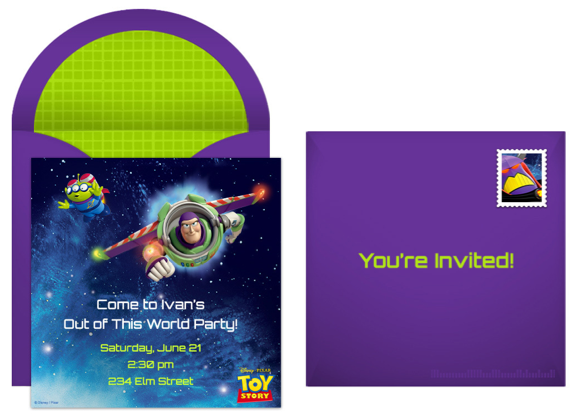